Superstar educator, Tarro Funches, was featured in The Canton News on July 7, 2022. Read on for the full story and learn about her fantastic work.

When she was in fourth grade, Tarro Funches decided to become a teacher.

“I wanted to be a teacher because I had a bad experience in fourth grade,” said Funches. “I had a teacher who made me feel like I wasn’t smart, that I wasn’t good enough. At that point, I knew I never wanted another child to feel that way, that they weren’t good enough. And that drove me into education.”

Funches never forgot that teacher and her experience in that classroom in Jackson Public Schools. Years passed. She earned a series of degrees from Jackson State University and worked for the Mississippi Department of Education (serving as the Title III Coordinator for the state). One thing stayed constant – her passion for education and willingness to fight for each and every learner.

“That’s why I’m here,” said Funches. “To be their advocate. To be their voice when they don’t have a voice.”

Serving as the English Language Coordinator for Canton Public Schools District (CPSD) since 2017, Funches is the type of teacher that every parent prays that their child encounters.

CPSD district has over 3,500 students enrolled at ten schools. Of those students, around 10% are English Language Learners (ELLs). ELLs come from all over the world, including Vietnam, Yemen and Guatemala.

“I tell the teachers, don’t let that language barrier be the reason you do not teach your child,” said Funches. “I’m proud that I work for a district that does not ostracize students because of a language barrier.”

For educators, the last few years have been challenging. For ELLs, research shows that the pandemic has been particularly difficult.

“We have determined teachers,” said Funches. “But it was rough, not only on the teachers, but also our students not being face to face.”

But for Funches and the team at CPSD, there are no excuses.

“We noticed learning loss not just for our ELL students, but all our kids,” said Funches. “Our superintendent, Mr. Hannah, worked with every school and the technology department to ensure all students received a computer and an internet hotspot. We made sure students had working devices. We didn’t want them to have any excuses.”

Funches oversees all aspects of the language program. Digital learning has been essential for districts responding to the pandemic and she has worked to ensure that any tool rolled out to the district is evidence-backed and suitable for English as a Second Language (ESL) teachers and students.

One of the tools that she’s implemented with her team and learners is Off2Class, a digital-first platform designed to provide ESL teachers with everything they need to teach effectively.

“We get kids that hadn’t been to school since fifth grade, and they’re enrolling in 9th, 10th, or 11th grade,” said Funches. “A huge gap faces these newcomers. Off2Class takes them from the basics where they left off and helps move them to where they need to be.”

“If we have another COVID outbreak, and we have to shut down, language acquisition will still be going forward.”

When it comes to her students,  her “babies” (as she calls them), Funches is proud. She tells countless success stories and the good work of CPSD, from the superintendent down to each classroom. She talks of the skills gained, the ones who exit the program and earn college scholarships. She also told of one young student who arrived from Guatemala.

“This baby makes me so proud,” said Funches. “When she came, she was in kindergarten and spoke no English. She cried all day, for like three months.  She would come into my room and sit with me. She would speak in Spanish and I’d put it in my translator app. She learned to use that app and that’s where we started. Today, this baby can sit down and hold a conversation with you in English. She is excelling in school and starts 3rd grade this fall. And that wouldn’t have happened if the teachers at Kenton Elementary gave up on her, if they let language be the barrier.”

Outside of being a dedicated educator, Funches is an avid reader (over 300 books read this year) and a proud mother of three. Her eldest daughter, Destani, graduated from Jackson State and works as a Behavior Specialist. She also has 20-year-old  twins, Kaitlin studying to work in sports medicine while Kameron studies agriculture at Hinds Community College.

Funches became a teacher due to a bad classroom experience, but she remains committed to her profession due to what she sees in CPSD classrooms.

“To see students fighting and wanting to do better, to learn, and the teachers not giving up on them: it does my heart all the good in the world.”

This article was originally published in Canton News. You can hear directly from Tarro Funches at our upcoming webinar, Evidence Matters: What to Look for When Choosing Your Next EdTech Tool. To learn more about Canton Public School District, read our recent Customer Success Story. 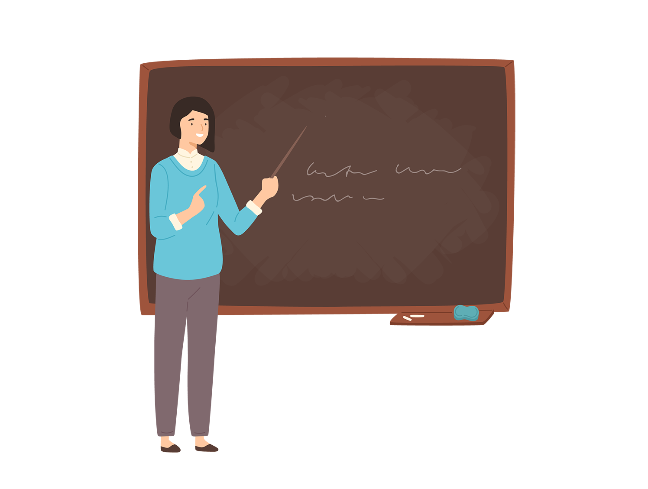